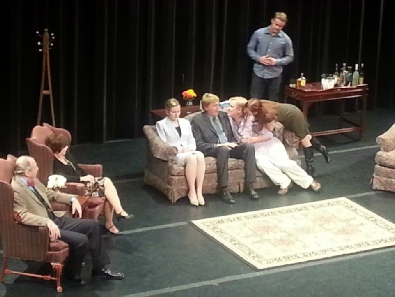 Our first production, J.T. McDaniel’s dark comedy Coming Out, was directed by Colleen Dunne, and played weekends at the Abbey Theater of Dublin from October 4 through 19, 2013.

The story centers on the 40th anniversary of Bob and Susan Anderson, both professors at a small, central Ohio college, and their family. Bob is an atheist philosophy professor, while his eldest son, Jim, is a televangelist and mega-church pastor. Meanwhile, George, the younger son, picks that day to come out as gay and announce he’s moving to New York to marry his roommate, Eric. Further complicating matters, Bob’s secretary, Carol, shows up and reveals she’s pregnant with Bob’s child, while Jim’s wife, Karen, finally lets it be known just how abusive her “saintly” husband really is.

It’s a fairly noisy play, with Bob arguing with Jim, Jim telling his brother he’s going to hell, their sister, Ellen, mostly taking George’s side, her husband trying to disappear, and Susan generally annoyed by just about everyone.

More on the original production, along with information on licensing and future productions, may be found on the show’s website, ComingOutThePlay.com. 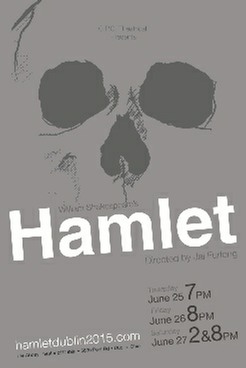 Our most recent production was a tight, fast-paced two and a half hour version of William Shakespeare’s Hamlet, Prince of Denmark, presented at The Abbey Theater, Dublin, Ohio from June 25-27, 2015. This abridged version of Shakespeare’s classic cut out a lot of repetition and tedious palaver, but kept all the essential plot twists and action, including the intense swordplay in the final scene. Some peripheral characters, such as Voltimand, Cornelius, and Reynaldo were missing, along with Rosencrantz and Guildenstern (quite possibly the most annoying characters Shakespeare ever inflicted on an audience).

For other theater groups interested in using our abridgement, the script has been published. Because this is Shakespeare we won’t be asking anyone for royalties if you use our scripts, but we do hope you’ll buy enough copies for your production. We’re not rich, and if we want to keep presenting good theater in Dublin we need to get the money from somewhere. 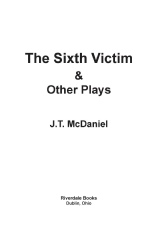 The most recently published collection of J.T. McDaniel’s short plays, this anthology is also being released as a dramatized audiobook through Audible.com, iTunes, and Amazon.com, as well as printed and Kindle editions, both available from Amazon. The audiobook features (in order of appearance): Ashton Brammer, Mic O’Halloran, Harold Yarborough, J.T. McDaniel, Colton Weiss, Judy Parker, Jack Schultz, and Ann O’Halloran.

We are the licensing agency for the five plays in this collection, which run from about 9 minutes (It’s the Computer’s Fault), to just about an hour (To Kill a King). The Sixth Victim, Burying Dad, and It’s the Computer’s Fault have two-person casts (the latter could be done with only one), Sunday Afternoon has a cast of three, and To Kill a King requires from eight to 20 cast members, depending on how many are doubled.

Licensing information on our Bookstore page. 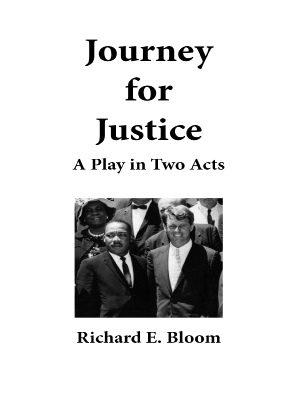 On a May afternoon in 1963, a group of black civil rights activists met with Attorney General Robert Kennedy to discuss racial injustice in America. Almost immediately, the activists pounced on the Kennedy administration’s lack of a moral backbone on civil rights. Bobby Kennedy left the meeting livid and emotionally bloodied and the activists suspected their passion had fallen on deaf ears. They never realized they had helped to change the course of racial equality in America forever.

Journey for Justice is available for licensing to all categories of theaters in the United States. To apply for a license, send us an email here.

Journey for Justice is written for a cast of 11 men and 5 women. With doubling, it can be performed by 8 men and 3 women.

Scripts may be ordered from Amazon.com

C.P.C. Theatrical has just started a play publishing and licensing service. If we accept your full-length play or one-act collection, we will publish it in trade paperback (usually 5.25” X 8”) and Amazon Kindle editions. Print and Kindle editions are sold exclusively through Amazon, which allows us to offer a higher royalty (60% of net) to our playwrights. We also handle performance licensing for accepted plays.

We’re also interested in general theatrical books, so if you’ve written something along those lines, please consider us as a possible publisher.

To submit, send digital manuscripts (.doc, .docx, or .pdf) to: infoATcpctheatrical.com (replace “AT” with “@”). Be sure to include your full contact information. If you send a play or plays, please indicate whether it has ever been produced.