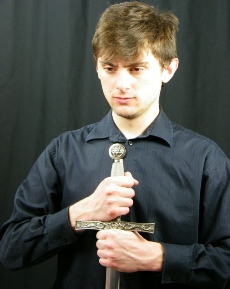 A twenty minute excerpt from our production of Hamlet was presented as part of the Columbus Arts Festival program on Friday, June 12, and again on Saturday, June 13. The 20 minute excerpt included the first portion of Act III, from Hamlet’s soliloquy to the end of Claudius’ prayer. The highlight reel is included here.

Hamlet was presented June 25-27, 2015, at the Abbey Theater of Dublin. Directed by Jai Furlong, our production of William Shakespeare’s Hamlet proved to be a highlight of the 2015 season. There is more information on the production website, HamletDublin2015.com.

Technical assistance was provided by the Abbey Theater staff.

We haven’t, and won’t, put up the entire show, but we did post three clips from the June 27, 2015 performance at the Abbey Theater.

Wherein just about everybody dies.